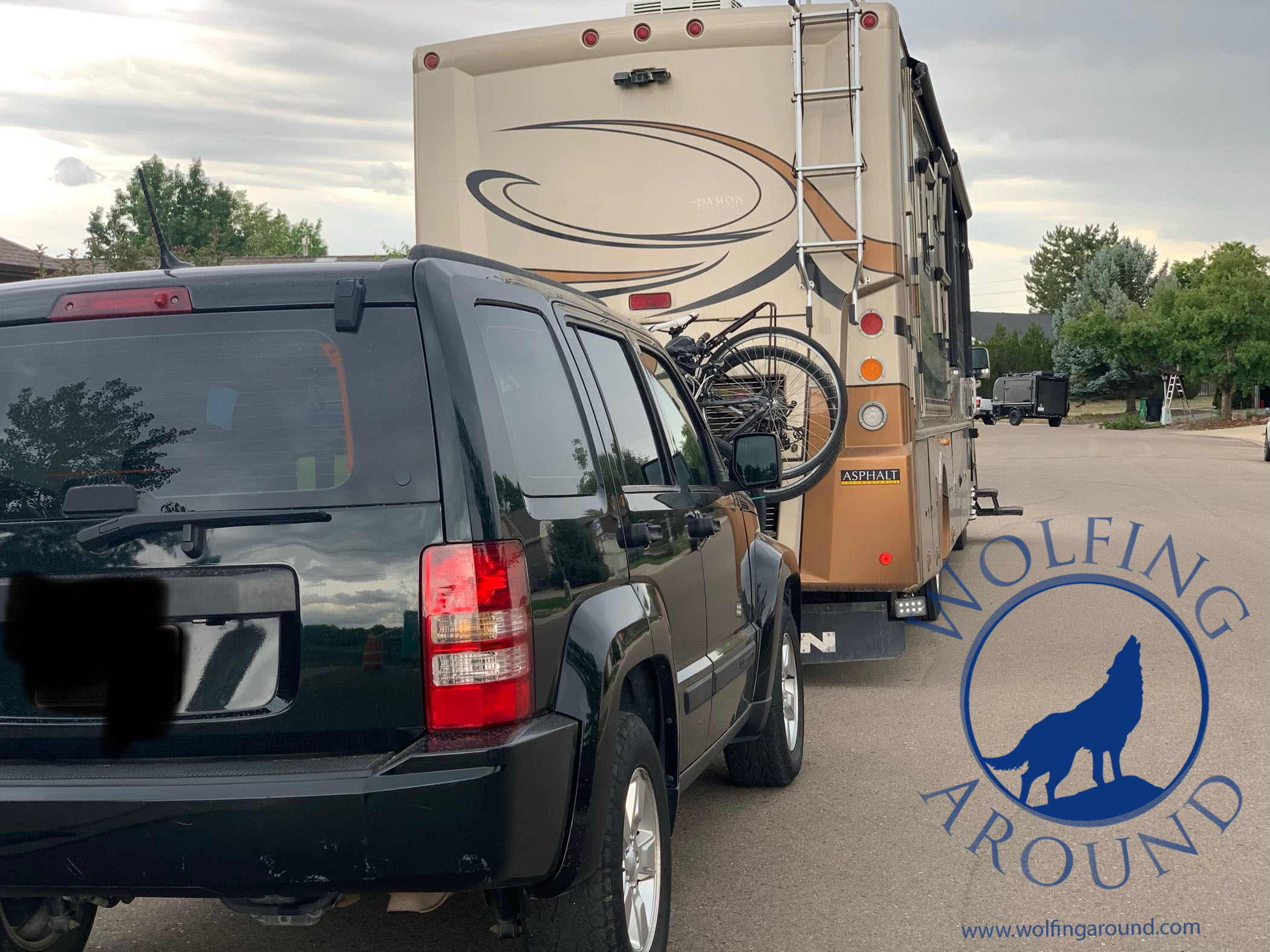 We did it! After many months of talking, considering and purchasing our RV, we hit the road!

We left Colorado on the 24th. Being fairly self-contained in an RV has been great for the world’s current situations. I am thankful for the ability to have everything on board that we need. We got off later then we had originally planned because of some issues pulling our tow car, but a few days later they all worked themselves out.

We are learning quickly about all the ins and outs of the RV. We were blessed to take it on some smaller voyages before leaving on our big trip.

We traveled through Nebraska and got to see an amazing sunset, lightning bugs, and a pretty epic storm. We were prepared for 20 mph gusts, but we are all pretty sure they were much bigger than that.

We arrived pretty late at our destination, on top of switching time zones and losing an hour. We stayed at a really lovely Harvest Host called Pals Brewing Company. Lucky us we were backed up to a field with two beautiful white horses in it. We grabbed a quick bit to eat from Pals and headed to bed.

Just after midnight we had a random beeping start in the rig. It was the refrigerator. After doing some internet research (thank the Lord for the internet sometimes!) We found that others had this problem after experiencing a huge storm, which we did. We tried for a while to get it up and going but had no luck, we finally said we would just let it go till the morning.

Ryan found a weak magnet and guessed where to place it and how long…. Apparently, there is a science to it?!?!? Anyways he got it back up and running and we headed out!

September – A month of Change

Kayaks and RV’s, is it worth it?

Enter your name and email address below to receive our updates as we adventure through life!